The Mental Reality of An Entrepreneur 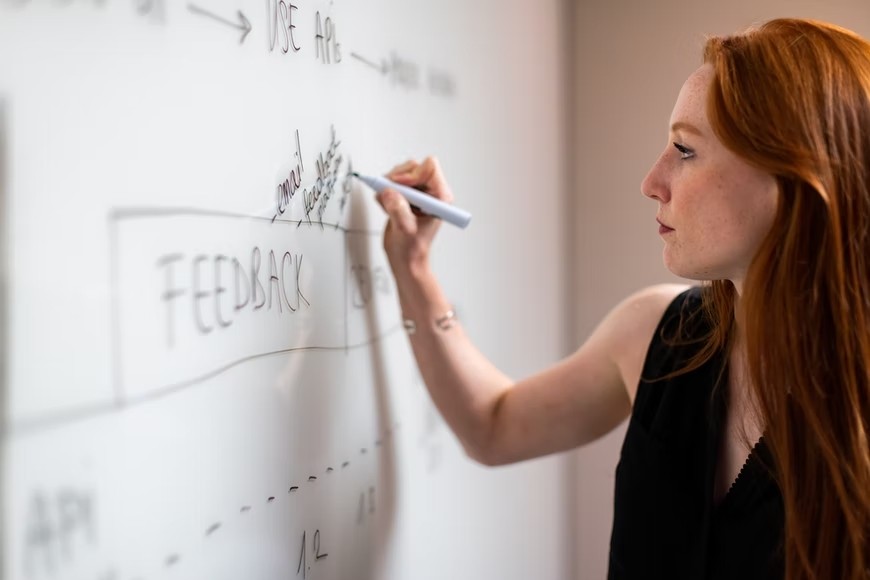 Entrepreneurs are a different breed. They get profiled by their friends and loved ones as a mind full of ideas, constantly hustling, in love with their ventures, heavily caffeinated, and under-slept. But these outer layers hide from prying eyes the layers deep within that make or break the entrepreneur. The internal layers are the foundation of fortitude, stamina, and resilience.

Because it is not always about the big idea that they never give up on, or the ability to create amidst the lack of resources. If the world could catch a pinhole glimpse into the minds of entrepreneurs who were willing to share the far corners of their internal conversations, the mental boundaries, and the emotional filters, could it be that new entrepreneurs would experience fewer occasions of burnout and less “not enough” syndrome or fear of failure?

Carissa Cichacki, former NFL cheerleader for the Green Bay Packers, now works a normal 9–5 job and, unlike many of her age, absolutely loves her day job. Giving millennials a great reputation, she is in tune with her ability to create a business. Carissa has a passion-immense dream to give space for writers, entrepreneurs, and young women to create. So this competitive cheerleader has turned into a real estate mogul and coffee shop dreamer. Using her prowess, she approached her father with a negotiation. Her father had paid for her sister’s wedding, so Carissa’s angle was that instead of funding for her ‘someday’ wedding she preferred a downpayment on a property; property that would ultimately pave the way to fund her coffee shop.

Money was never an easy conversation for the household growing up, but Carissa used that to shape what she wanted to see rather than continue that mindset for another generation. Carissa is just in her 20s and she has already learned enormous lessons in real estate, market timing, number crunching, and that investing is a marathon, not a sprint. Her advice to young entrepreneurs is a thrum on advocacy for financial independence, “Get comfortable having conversations surrounding money because regardless of what idea you are pursuing, you will need money.”

Cichacki’s journey is powerful, intimidating even. What we don’t see until we peel back the layers, is the mental reality that quietly combats and organizes the noise of both struggle and satisfaction during the pursuit of a dream. What we do see and hear from those who know her is that she was born with confidence and built to weather negativity. Now the challenge begins on how to get someone to tell you their methods when, to them, it is happening in real-time out of instinct.

There is a lot of commotion about following your passion, but sometimes it is not a passion that you pursue, but an idea that will become what you eat-breathe-sleep (and eventually making you money). I wonder how many find themselves caught in the trap of purgatory because they have not found what calls them and are feeling lost or behind. You’ve got things up your sleeve and Cichacki has something to say about it: “Your idea is valid and can make you money, no matter how big, small, quirky, or unoriginal it may seem.” She notes, “You gain confidence in your ideas, the more that you talk about them with supportive people and put a dollar amount behind them.” She prods us on to take our idea and go for it. An internal confidence that is a decided confidence, not bestowed. Rather than awaiting validation, there is something in one’s own mind that one must first believe.

I took big notice of the fact that she buckled down and crunched numbers on variables that are fairly unpredictable. Building a pitch deck is not for the faint of heart especially when you are adding predictive numbers, but it was something she was eager to do. Being a self-made woman, it is all the more a powerful message when she admitted to also being a big advocate for knowing what you don’t know and roping others to fill gaps. This brings the understood idea to the surface of lowered pride in order to see things to fruition.

Cichacki says that “If an investor is putting that negativity on your idea, then they are not the right investor for you and that’s ok! Find one that fits.” Cichacki revealed boldly to me that her faith keeps her grounded and grants her grace, stating that she believes that “it won’t pass by me if it’s meant for me”. So she knows she can rest or push forward at any time and will not miss a beat. As a multi-media journalist, I believe wholeheartedly in not buying into the world’s pressure to always show up — I have seen firsthand that a drop-off in marketing efforts (for the sake of personal well-being) can be picked up after a period of time and be back to normal metrics. The world will still be there when you come back and there are plenty more deals to be had.

Speed is relative. Your speed is your own. Cichacki gives it to us straight that you jump on her moving train or, in all kindness, get out of the way. Cichacki curates her support to ensure positivity for her momentum, at the pace she sets. It would be too easy to categorize this young entrepreneur, as a bull-headed, focused individual with no time for nonsense; however, peel back the layers and we learn so much more from her. Intuitively or by developed skill, Cichacki shows us her rapid internal batting rate. She has crafted boundaries for negativity and has a solid pulse on what type of input sustains her.

This is a very tailored support vehicle that impacts her ability to thrive emotionally and mentally amidst a big project. Those clear boundaries undoubtedly allow her to dismiss or accept external inputs more efficiently. To soften the blow, may I encourage that efficiency is not cold. It is a kind protection of your energy so you can stay laser-focused as an entrepreneur. Boundaries are putting your oxygen mask on first.

Cichacki attributes her strong work ethic to her mother’s example, as well as catching her love for coffee. May the world never tire of hearing “strong women raise strong women.” It consistently amazes me the sheer magnitude of influence we have on those watching us. No matter how mundane, it may be the moment that sticks with us forever. My mother may not know that I noticed her being pleasantly awake to make breakfast even after working late into the night, probably because I didn’t know I noticed it either until I was a bit older. That stays with you and becomes part of an internal, unwritten measuring stick by which we live.

Digging through Carissa’s journey during our interview I enjoyed relating with her on many accounts, but I came out on the other side understanding the “unnoticed” elements of entrepreneurship. While the mental reality of entrepreneurship includes determined confidence, humility, and curated support, there is something to be said for grounding yourself in who you know you are, or your faith, or your principles. Knowing who you are —  and holding fast to that knowing —  arms you with the ability to bat away negative self-talk, or second-guessing, or non-supportive input from outsiders.

Moreover, on the shoulders of ‘grounding’, to then possess a process or mantra of grace, whereby you can systematically remind yourself that your journey is your own, there is nothing to predict how long we will live (so who is to say you are too slow or too fast). You are not too old, too slow, too late, too underfunded, or too low on time. You are right where you need to be. I believe that is largely the greatest lesson an early entrepreneur can receive.

Rosalina Tan: Mother and Daughter Ushering in the Future of Skincare

Teuta Shabani: Areas to work on for a smooth transition from where you are to where you want to be

Building Your Dream Team: Your Key to Success

The Soul Productivity Method, A New Era of Leadership

Global Woman Summit: 10 Speakers That Will Guide You to Success!