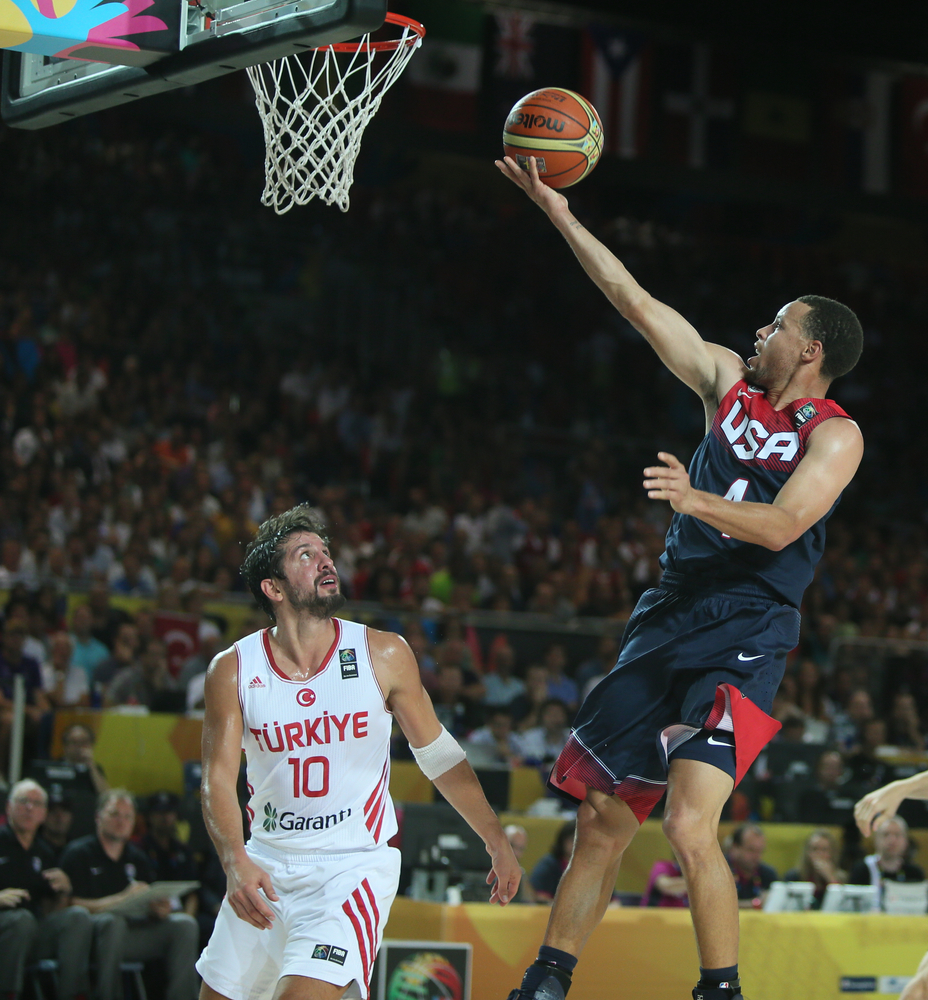 The most trolled NBA player on Twitter is Golden State Warriors legend Steph Curry with 27.9% of the tweets about him analyzed holding a negative tone

Washington Wizards point guard, Russell Westbrook, is the second most trolled player on Twitter with 24.6% of negative tweets

LA Lakers LeBron James places fourth with 22.1% of tweets centered around the player being negative

With the likes of Beyoncé, Jay Z and Drake sitting courtside, it’s no secret basketball has one of the
most passionate, and famous, fan bases in sports. Regardless of their results, it seems NBA players
will always be prone to receiving criticism online, whether it’s out of spite, jealousy or fans thinking
they know best.

This inspired the experts at
TopRatedCasinos.co.uk to find out
which NBA player has been trolled
the most on Twitter.

To do this, TopRatedCasinos.co.uk
conducted a thorough Twitter
sentiment analysis using SEMrush to
analyze thousands of tweets, taking
into consideration the number of
negative words in comparison to
positive and neutral words tweeted
by others towards them.

In first place, and the most trolled
NBA star, is Golden State Warriors
legend Stephen Curry with 27.9% of
the tweets analyzed of a negative
nature.

The most used emojis in tweets about the point guard is the cry laughing emojis (????) and the loudly crying emoji (????).

Placing second is Washington Wizards’ Russell Westbrook, with 24.6% of the tweets aimed at him negative.

The most used emojis for Westbrook is the cry laughing emojis (????) and the hundred points emoji (????).

In third place is Joel “The Process” Embiid, Philadelphia 76ers center, with 22.3% of tweets directly mentioning him reflecting a negative tone.

In fourth place is LA Lakers star and power forward LeBron James, with 22.1% of tweets towards him derogatory.

Following closely behind is both LeBron James and Blake Griffin with 46.7% of tweets denoting positive sentiments.

Portland Trail Blazers Carmelo Anthony places third with 46.1% of the tweets analyzed showing positivity and support for the player.

The most used emojis in tweets about the power forward is the fire emoji (????) and the cry laughing emojis (????).

We really hope you find this release useful. If you do end up using it, we would very much appreciate a link to https://www.topratedcasinos.co.uk/ who commissioned the data. A linked credit allows us to keep supplying you with future content that you may find useful.

Teuta Shabani: Areas to work on for a smooth transition from where you are to where you want to be

Catharine O’Leary: Change the questions you ask yourself to change your life

The Right Mindset and Attitude to Start a Business

Turn your Business into a Palace of Prosperity in Seven Steps!