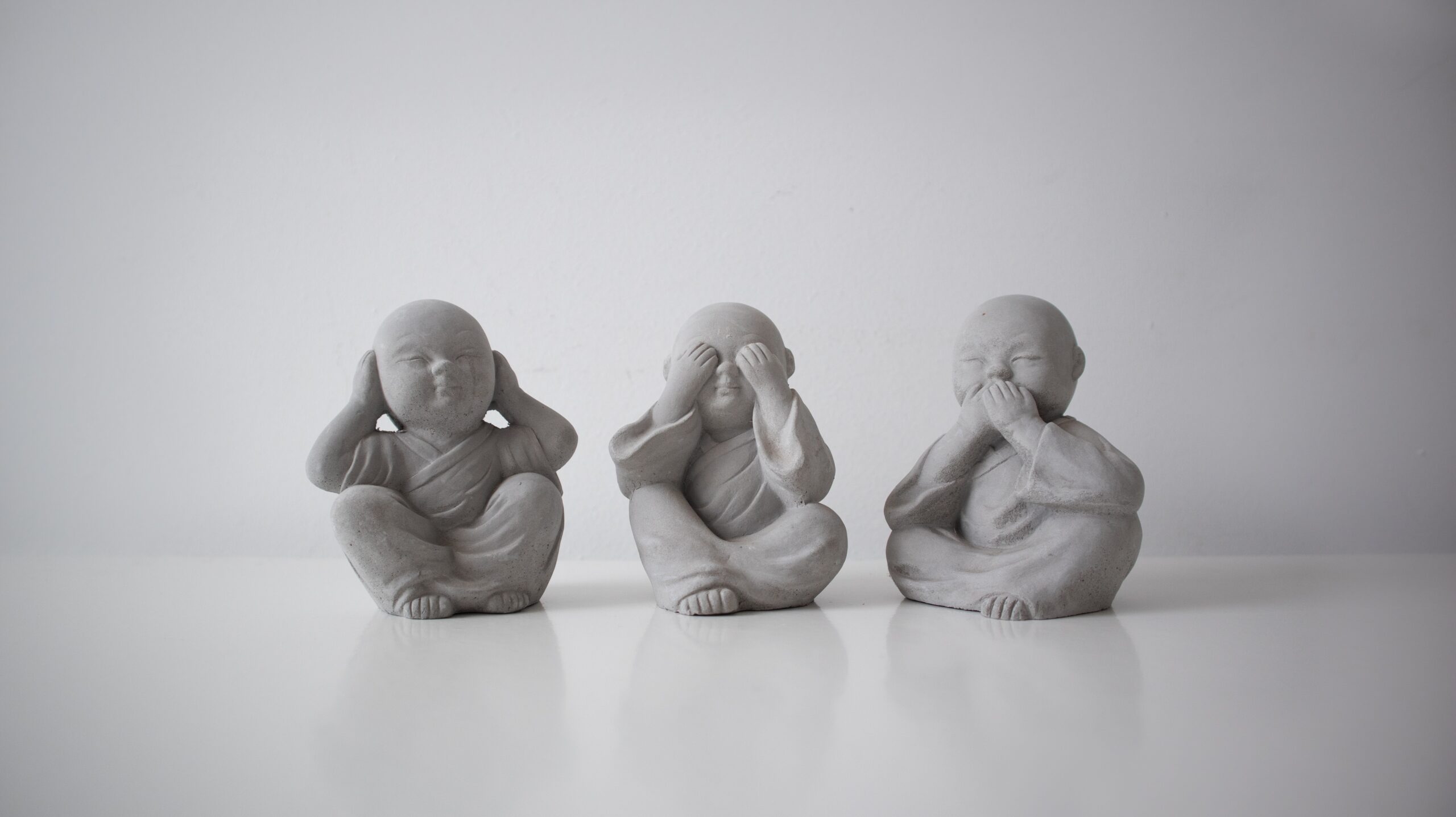 “The problem with listening is the illusion that it happened.”

We have all witnessed it. Someone looked you in the eye while you were talking, but they really had no clue what you actually said. And no, this is not gender bias. Regardless of which gender you are, you have either suffered from this behavior before, or you have made someone else suffer. Truthfully, we all know what it is like to be a sloppy, superficial listener; pretending to listen, only waiting until it is your turn to verbally vomit your agenda onto the other person. That is the non-technical definition of a crappy communicator with poor comprehension. What do you get from that? Certainly not what you desired. This is a pattern that repeats itself as long as the “listener” maintains the illusion of listening and is not interested in learning how to redeem this behavior.

As kids in school and at home, we have heard it a thousand times: “Listen!” “Are you Listening to me?” “Did you hear what I said?” Then we are getting tested on what was said: “What did I say?” We have been conditioned to listen on a superficial level; we were never taught how to be masterful at listening and comprehending what was said. What is the benefit of being a better listener? Well, for the ones that have clearly defined goals in their business and personal life, you would want to build rapport with people and move on from the way your life has been: the crappy job, the miscommunication with your family, the unhappiness of the situation you are in. You can move towards the excitement and purpose of your work, building lasting relationships with people that you care for, and live a life worth living. This all lies on the other side of sloppy listening!

My experience as a sloppy listener

I owe my first leadership position, in Corporate Germany, deep gratitude for teaching me the most important skill of listening. As an ambitious and driven young female leader, I did not feel heard within the company, as I was climbing the corporate ladder. Eventually, I chose to leave my misogynistic boss in 2002 (just as I peaked at the top of the German Corporate ladder) to start my Montessori school for the sake of my own children.

In the first three years of my business, I passed on several of the “programmed” dysfunctional behaviors from my corporate job onto my own staff. I perpetuated what happened to me – subconsciously. That was sloppy behavior on my part! I was the typical “Sloppy Listener” and that came with a painful problem: I experienced a tremendous turnaround in staff, and tens of thousands of dollars in loss, three years in a row. The more relationships I violated, by just waiting to spew out my own agenda, the more I became aware that there was plenty of room for growth when it comes to building rapport and listening to others.

Soon after, I came to an ultimatum: it was either I close my business (because I was a sloppy listener, a crappy boss and close to broke), or learn to evolve. What I did not know at the time, was what I needed to learn: to be a meticulous observer of words, cues and actions and become a quality communicator, to actually get the results that I forecasted and desired! I thought that I “should know better”, but often it is new knowledge that will propel us to new heights, that we are not even aware exists. This is probably the reason you are reading this now… With this insight I continued to study and pour more knowledge into myself. Through those studies, I became aware that relationships, both personal and professional, were built on one special power skill: Listening!

Listening with our eyes and our ears, so the mouth can then follow. To be clear, listening is not waiting. Waiting is a “game” often played, when one pretends to listen to someone, but you are only courteous enough to keep your mouth shut until it is your turn to talk. Everyone yearns to be heard and understood. Even though one’s ears are capable of picking up on so many words, the brain does not necessarily process all of them. Most people usually only remember about 25% of the things they listen to. Did you know that listening – or the lack thereof – is the number one reason that marriages fail, businesses are not closing deals, teachers are not connecting with the students or their parents, employees are frustrated and quit, and executives are even more frustrated and burn through their employees and team members.

People spend between 70-80% of their day engaged in some form of communication, but only about 50% of their time is devoted to listening. It has happened to all of us: we were either the victim of not being listened to or the offender of not listening. Either side is not desirable. Allow me to inspire you to go beyond listening so you may know what to actually listen out for and therefore differentiate the signal from the noise.

The result of meticulous listening is the connection that begins when the other person feels valued and heard.

Only 2% of Americans have had formal education in listening. It is time to increase this number – drastically! If you are part of the 98% of Americans that have not learned to listen, and feel frustrated about the lack of this important power skill, I encourage you to start implementing new levels of meticulous listening.

The pain I endured, burning through tons of relationships, was so strong that I developed the five levels to Meticulous Listening, enabling me to Listen to Relate, not Respond. This methodology goes beyond ‘hearing’ what was said; since it is an educational methodology, it is worth learning, implementing and teaching it to others. As the receiver of the communication, pay attention to the sender’s verbal and non-verbal communication cues on these five levels. There are clues, so you may relate to the person on a much deeper level and respond intentionally.

As a result of these five levels, I have been able to build, implement, sustain and consistently grow my businesses – leading and teaching our loyal staff and continuously growing our trusted client base. Most importantly, I get to have a loving family with my children ad my husband, whom I have been married to for over twenty years now. Relationships take work and strategic knowledge. The quieter you become the more you can hear. Listen so your mouth will follow. As a wise thought leader once said, “When you talk, you hear the same thing over and over again, but when we listen, we actually learn something new!”

The five stages of listening

Stage 1: IGNORANCE IS BLISS
Illiterate listening and crappy comprehension skills  – you do not know that you are not listening on a deeper level.

Stage 2: AWKWARD & PAINFUL
Poor listening and comprehension skills – you are aware that you are not listening on a deeper level and know where the pain comes from.

Stage 3: MECHANICAL & REHEARSED
You are now in practice mode, implementing what you are learning.

Stage 4: NATURAL & EASE
Masterful listening and comprehension skills – you are other-oriented and can easily identify the other person’s model of the world, according to the five levels of listening, and can communicate back accordingly.

Stage 5: GRANDMASTERY
Now you get to teach others how to become masterful listeners!

Brigitta Hoeferle is a German businesswoman living the American dream! Not only is she a loving wife and mother, but she is also a powerful, professional international speaker who has been invited to speak on grand stages across the globe. Brigitta is the owner and founder of two educational facilities, The Montessori School of Cleveland, and The Center of NLP – the former aimed at children and the latter for adults. Brigitta and her team have also created coaching programs for large corporations and conduct extensive trainings for all businesses. Her uniquely profound listening and communication skills are what Brigitta believes has made her a successful CEO.

The Three Stages to Become an Evolutionary Woman

Women in the Metaverse: Rock a VR Business in Switzerland!

The Right Mindset and Attitude to Start a Business

Becoming Comfortable with the Uncomfortable